Okay, so in pre-season, the idea of going big in defence emerged in the FPL community and many managers were making drafts with 4 at the back or even 5 and I wrote an article on it to discuss the merits of the idea, concluding that though it looked great on paper, cracks appeared when you began to dissect.

I still maintain the arguments I made against the idea of going 433 at the time, but FPL this year has thrown us a new problem, in that there is currently a real lack of options in the mid-priced (6.5-8.0) midfielder bracket – something I had not anticipated.

There is usually no lack whatsoever of a third midfielder option at that price, but there appears to be a serious lack of choices in this price bracket so far this year, with only really the following worth consideration;

With this new problem, is it perhaps a good time to go premium in defence and take advantage of the value these wing backs provide?

In the article I wrote, exploring the merits of going big in defence or going 433, I argued that the wing backs would be more liable to rotation because of the physical demands of the role, but if you look at the premium options available to us right now, they’re situation at their respective clubs are promising.

Davies is 1st choice at Spurs for that LWB role currently because of the injured Rose, who is likely out of favour with Spurs after his controversial comments about wages pre-season and doesn’t look like returning anytime soon – so rotation here is unlikely as they have no like-for-like replacement.

Chelsea tried to sign Alex Sandro in the summer but failed to do so, to the happiness of many FPL managers, as that meant that last years defensive marvel Alonso would retain his LWB spot. So far he’s scored an impressive 24pts through a difficult patch of fixtures, proving he’s worth every bit of that hefty price-tag and with Chelsea’s fixtures set to hit a sea of green for an extended period, imagine the damage this man can do over that time and again, with no like-for-like replacement here, Alonso seems safe from rotation.

Kolasinac and Mendy are other brilliant options that have good upcoming fixtures and have started well for their new clubs.

Kolasinac has assisted in both games he has started this season and smashed a beautiful volley in their Europa League match last night for good measure, coming on as a sub, proving his attacking credentials.

Mendy, back from an injury, has already registered an assist in the 2 Premier League games he has started – as well as another assist in their Champions League match against Feyenoord – and has put in a monstrous 18 crosses so far.

They are slightly more risky picks, with Wenger randomly dropping Kolasinac in their match before the international break and with Pep being Pep, you just never know and Danilo could come in randomly one week.

But with everyone back from injury and suspension at Arsenal and Kolasinac playing so well, you have to think Kolasinac has now nailed down the LWB spot.

With only Danilo lurking, who’s typically a RB, you’d expect Mendy to stay nailed in that LWB role also.

The wing backs I’ve mentioned have all proven to be just as attacking so far, if not more attacking than all of the mid-priced midfielders (6.5-8.0) that are available to us, and with decent fixtures in the offing for most of these teams, I think owning at least 2 of them is essential and it makes 4-3-3 a viable option.

They’ve proven to score well with either difficult or average (in terms of the likelihood of keeping clean sheets) fixtures and some of them have missed games as well.

With good fixtures coming up for the majority of the bigger teams, imagine what they can return over a prolonged period of favourable fixtures?

I know I’m not waiting to find out. 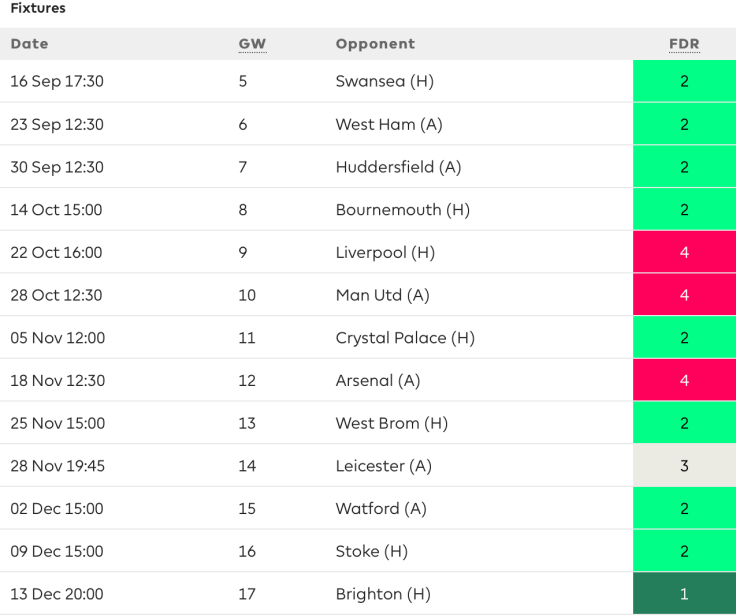 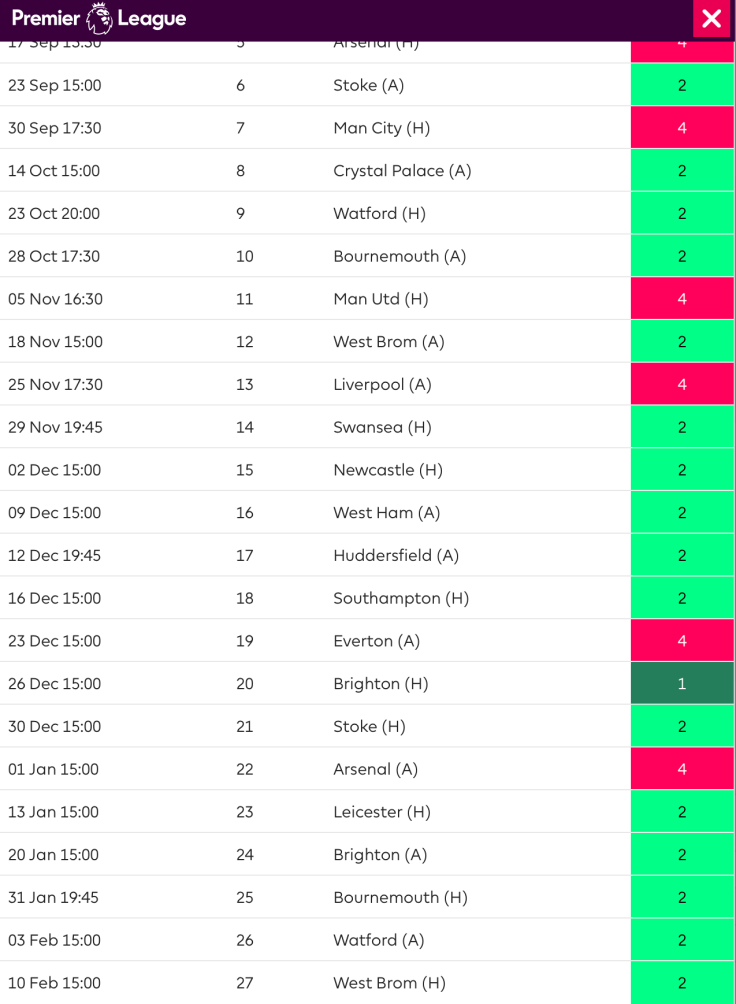 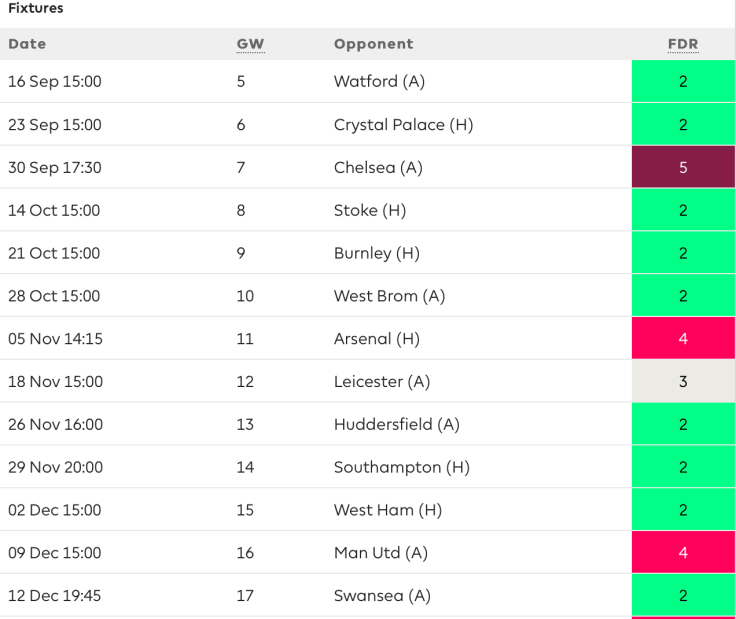 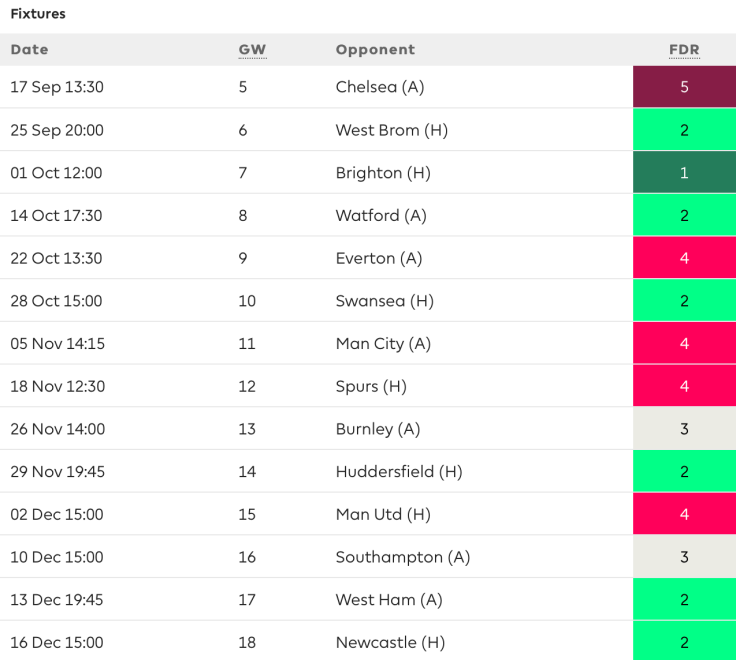