In the first of our new ‘player value’ series, we ask: Is Salah worth his new £13m price tag?

One eye on the past – based on the short-term, he only returned an average of 3.6pts per game (goals, assists and bonus points) – which is short of where we’d need him to be. But with average returns of 5.4 and 6pts in the medium and long-term respectively, it’s a resounding yes at that rate. Our value for money target is 4.6 points a game (6.6 including appearance points), so if he’s hitting that or more, he’s good value.

One eye on the future – our algorithms are predicting Liverpool should make their opposition in the first 3 games look poor.  Salah’s historical stats versus similar teams look good with 1-2 goals involved in per game – so he should continue his good form. The watch out is games 4 and 5 versus Leicester and Spurs respectively.

What to do? – get him into your team. Our stats suggest he’ll still be good value for money. Additionally, his ownership is likely to be over 50% by the time the game begins – it’s already at 47.2% currently. This also means he’s likely to be a very popular captain choice, so if you own and captain him and he fails, then you won’t fall too much, but if you don’t have him and your captain fails, whilst he hauls big in the beginning, you’re going to fall very far behind – not a risk worth taking. 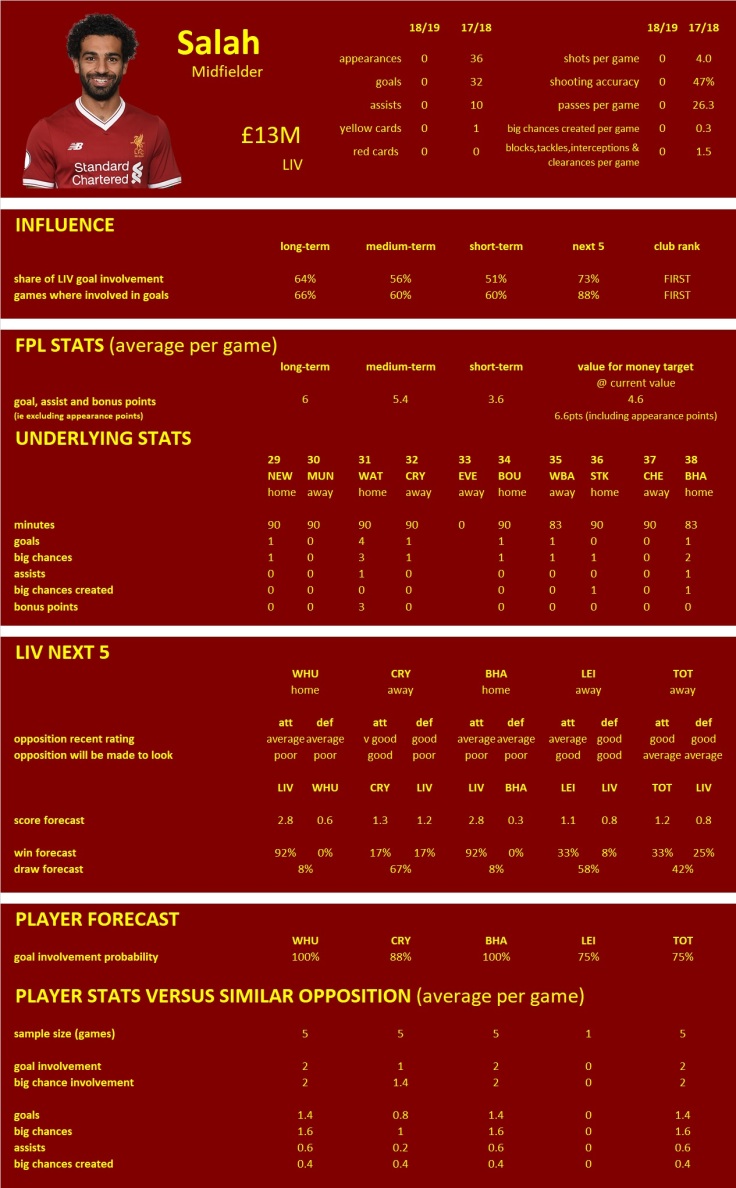