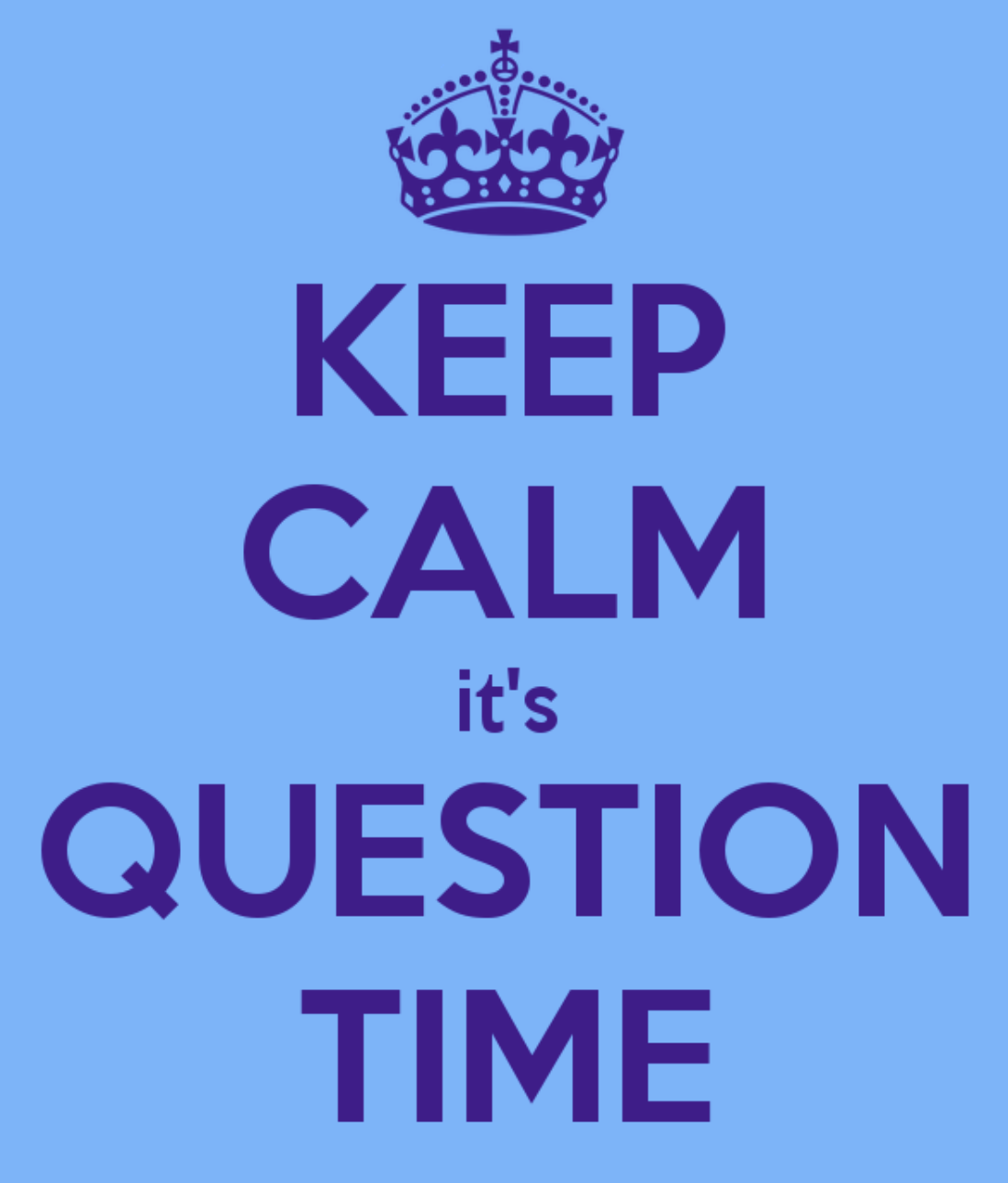 Welcome back to our ‘Community Questions’ series where I (Simon), usually have my say on the communities conundrums in an attempt to provide a different perspective, or perhaps some statistical information or insight some of you may not have thought about.

Each week, I’m going to set up a thread and ask the community what questions they have and I’ll pick the interesting ones, or the questions that apply to a wider majority, to feature on this article where myself and a guest/guests from the FPL Twitter community will join me in providing you with our own answers.

This week, I’m joined by Marz from the 3 Amigos Podcast!

Marz has been part of the FPL Twitter community for a long time and has been playing FPL for even longer – this season will be his 13th season. In that time, Marz has been a very consistently good FPL player, with two top 10k finishes and the majority falling inside the top 100k. In the early days, he wrote articles for FPL Updates, but decided he loved talking (and singing) more than writing and joined Don on the FPL Fan Feud podcast. When Fan feud went down, sadly, Don decided to start the 3 Amigos podcast with his partner in crime Marz and Kylie. More than all of this, Marz is a gent of the community and loves to interact with everyone about FPL.

If you want to catch up with Marz himself, you can catch him here >> https://twitter.com/marz05

Alternatively, if you want to hear the man talk FPL, or even do some singing (highly recommended for the singing above all else!), then you can sample him, Don and Kylie on the 3 Amigos Podcast here >> https://twitter.com/3AmigosFPL

Mendy/Robertson/Alonso to break or prevail?

The nature of FPL is fickle and of course, there will be a trough for these assets and we’ll see mass sales. So yes, I can see the defensive template breaking up at some point, but the real question should be whether you should hold firm or not when it does.

In all honesty, I think all 3 are players that you should be holding on to all season providing they don’t get injured. Even if they do have rough patches, they offer such good value long-term with their attacking threat and with the clean sheets they’ll pick up playing for the big sides, that it will even out in the end and they’ll be sitting on top come the end of the season.

I don’t think so. We might have been spoilt with the attacking returns of the ‘Holy Trinity’ so far and last week was a disappointing one, but I won’t be moving any of them on yet (providing Mendy is not out for too long) – those 3 will outscore most defenders and midfielders in their price range in my opinion.

I understand the concern with UCL rotation, but we must remember this shouldn’t impact Alonso – one to monitor in Europa, but I doubt he will play. I think Sarri will concentrate on the league. Robertson should also be safe – I think Klopp will stick with the back 5 as long as they are fit. Mendy if fit should be back.

If the Robertson/Mendy/Alonso template breaks, who should we look at?

I didn’t start with Robertson, I chose VVD, so my decision was made easier. I moved to Trippier on my Wildcard last week, as I could see him outscoring VVD/Robertson in the next 5 GWs. But as soon as those fixtures are done, I will be looking to bring Robertson in.

If you have Robertson, as I stated above, I would simply hold, as long-term, I think he will be one of the highest scoring defenders come the end of the season. If he gets rested this weekend however, and you want to get rid, then I’d definitely say Kieran Trippier is a good one for the next 3/4 GWs until Liverpool’s fixtures turn good again with him missing UCL down to ‘technical reasons’, making him safe for the PL (for now).

Other than that, Luke Shaw at £5.1m offers fantastic value for a United defensive asset and they seem to be turning things around recently. I don’t expect it will be too long before we see them keeping clean sheets again.

Luke Shaw (£5.1m) WOL, whm, NEW, che, EVE: Utd seem to be playing better. Dave saves is back? Maybe? I expect them to get back on the clean sheet trail. With that I expect Shaw to get his place back after a great start and add to his 1 assist at least.

Trippier (£6m) bri; hud, CAR, whm, MCI: So far he has survived the Poch roulette and was rested for the UCL game (we need to hear more about this technical reason). Slight risk still for me when it comes to rotation, but no-one can argue the credentials of the England star.

For other budget options and thinking of clean sheets as a team metric, I would look at options from the below teams: LCFC (Chilwell, Maguire), Watford (Holebas), Burnley (any) and Wolves (Doherty, Bennett).

Which £4.5m GK pair for the upcoming fixtures and which midfielder up to £5.5m?

Now we have the information, should we be targeting a specific formation?

I have spoken about this before and my opinion on the matter has not changed. You should pick the players you think will provide you the most amount of points and let the players you pick dictate the formation.

I’m a strong believer that the formation is irrelevant! Pick the 11 players you like based on that week. I’ve played 343, 433, 442. Really depends on the GW, it’s important to be flexible.

Hold Aubameyang or switch to Lukaku?

Well, one things for sure, I’d definitely be taking Aubameyang out. For Lukaku? Well he’s definitely on form and United are picking up and have good fixtures, so it seems a viable move to me.

If you prefer Arsenal’s attack and fixtures to Man United’s however, then why not shoot with Lacazette for a while? He has now played a full 90 minutes in the last 2 Gameweeks and in that time, has had more penalty area touches (18) and more goal attempts inside the box (7) than any other forward, along with a goal and 2 assists. Owned at just over 4% at the time of writing. Just a thought.

Based on current form, I would swap, as Lukaku is nailed on and Aubameyang is not scoring enough for his huge price tag. It’s a tough one though, as I really think boomerang will come good, but for now big Rom gets the nod.

Hot picks for the next few Gameweeks?

For me, Alexandre Lacazette is definitely one. I’ve given some stats on him in the above answer so I won’t say them again. I have a feeling he’s gonna hit a double-figure score this weekend against a weak Everton defence and beyond that, the fixtures are good. Aubameyang being taken off early and Lacazette staying on for 90 in their last game tells me that Emery is happier with him than Auba right now.

David Silva is another I had identified on my Wildcard last week as someone who would do well in the next 4/5 GWs and already I’ve enjoyed a lovely 11 point haul. I think there’s another double-figure haul to come in the next few weeks too.

I’m monitoring Utd players, as they seem to have got back to winning ways as expected. Lukaku and Pogba interest me there. David Silva is one that may have been overlooked previously and I like the look of LCFC fixtures, so Vardy and Maddison are of major interest.

Time to ditch Salah, or hold for Saints?

I am a Salah owner and will definitely be holding him for the Saints game. I’m hesitant to give him the captaincy after last night’s UCL performance, but I will likely give it to him anyway. So yeah, hold, as I think he starts this one and if he starts, then I can see him hitting double-figures. He is the definition of due!

Hold. You have come this far and he has Saints at home up next. He scored a brace in this fixture last year. Will Klopp rest him? We can’t know, but I personally think he will start.

Hold Arnie or move him on for a -4 for the next 4 tough GWs? D.Silva vs Pogba?

I definitely wouldn’t do it for a hit. The game against Chelsea could be quite open and they (WHU) will have their tales up after a very decent 3-1 win last time out against Everton. Beyond that, it becomes difficult as he does have difficult fixtures, but he has displayed on more than one occasion that he score against the bigger teams, so I might even be tempted to hold as you’ll likely only want him back when the fixtures turn good again in 4 GWs time.

David Silva hands down for me. As a United fan, it hurts me a little to advocate a City player over a United player, but their attack is far superior to ours right now and they have great fixtures. With KDB out for a while, Pep is more dependant on Silva pulling the strings and you can see he’s really in the zone right now. I can see Pogba having a good spell, but I don’t think he scores as much as David does and certainly not at as consistent a rate as Silva.

Arnie has tough fixtures. Injury news might make your decision easier. I wouldn’t do it for a -4. Keep for the CFC derby then re-assess if he’s declared fit.

David Silva wins that one for me, as much as I do like the look of Pogba. Silva looks brilliant right now and City’s fixtures are great and their style of play can see them hit big scores, whereas United are less likely to score big. Pogba does look more free and is on pens, but I think Silva, long-term, outscores him.

No – I would definitely hold Lucas for the time being. UCL has started and we don’t know how Pep is going to play it yet, so I would avoid that move until we know more with how Pep is going to use David across this period. Lucas only played just over half an hour v Inter, so he should be safe for the weekend.

NO! Maybe consider wildcarding? Otherwise hold and do it in another week. 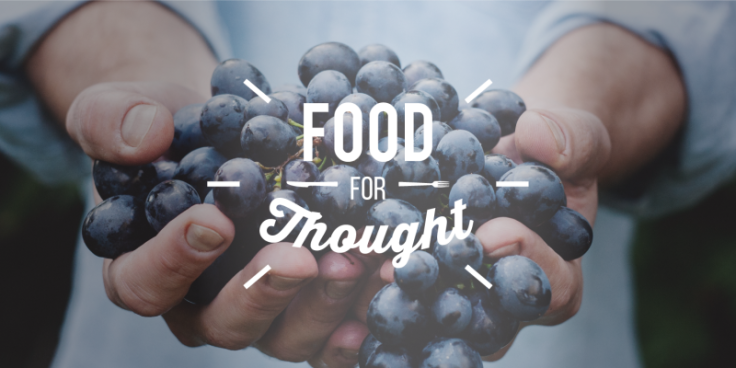