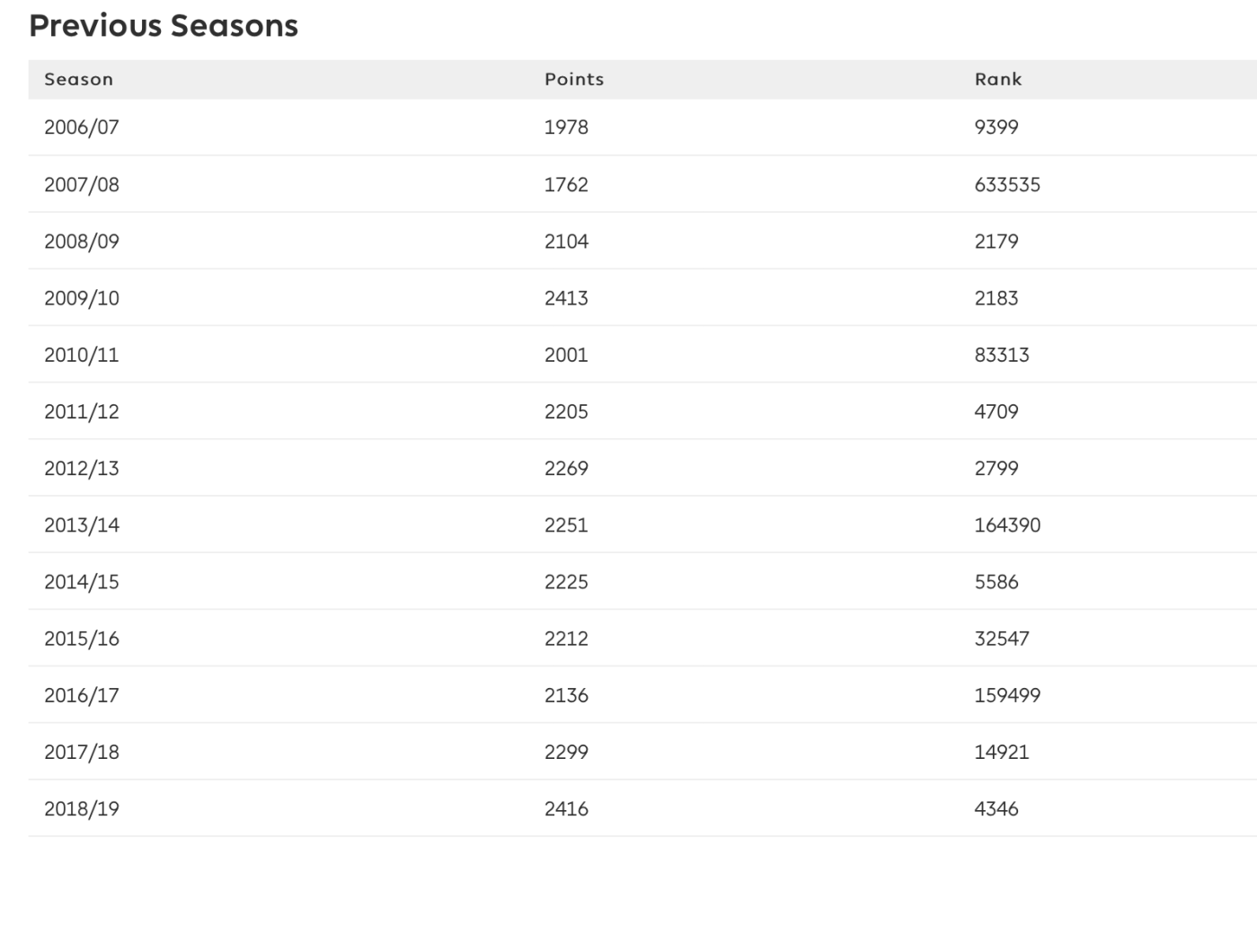 Due to the quick turnaround, I’m doing a briefer version today of the article.

This week overall was a success – really happy with the way my team is shaping up and feel in a good place going into the busy period of fixtures.

So just to review, my overall rank went from 354k to 281k. I’m happy with the steady rise however, I am conscious of the fact that this area of the overall ranking is really congested at the moment, so the main thing for me right now is to churn out the points and stay consistent.

I was happy my cheap transfer from Guilbert to Kelly also paid off, all the points now are going to be valuable to give me a chance of a top 10k finish this year.

So going into this gameeek, I have been happy overall. I have a defence that I am happy with, a midfield that has decent fixtures and a strike force that on there day can blow away any team!

So originally, I was thinking of banking the transfer, but a player that I have been thinking about to get in around this time has picked up some form and coupled with some tasty fixtures, and with Mason Mount dropping off the form of late, pushed me into making my transfer from Mount to Zaha.

Zaha is an unpredictable FPL player at best, but a few things that are consistent is his starts and his importance for Crystal Palace.

I think palace will make a good fist of the next few months to get themselves safe from any relegation battle and Zaha will be pivotal for them in achieving that.

I did think about reintroducing Salah, but he seems off the boil at the moment and Mané does seem to be the one more likely to return. So happy to give in with TAA and Mané as my Liverpool cover for now.

I have been getting my captain miserably wrong this season, so I’m hoping for my luck to turn!

This week I’m going for the irresistible Vardy. He has been in amazing form and when I watch him play he is so threatening! He will be my captain this week without a doubt.

Differential of the week

So the man I have been impressed with of late is Lys Moussett!

He has returned several times now and at 6% owned and at £5.1m, he could be an excellent 3rd striker. I really like him as he fits within the structure I have currently.

Flop of the week

This week, I think Aubameyang is gonna the be the flop. Brighton defended well against Liverpool and were unlucky not to get something out of the game.

Think a few will look at the fixture and back Aubameyang, but it feels like a trap to me. I can see Arsenal’s attack being stifled and them scoring 1 maybe 2 goals with Aubameyang not in the scoring.

Anyway hope you all enjoyed the my article, good luck to you all.

You can follow the man behind 7x top 10k finishes here on Twitter for more updates and general discussions about FPL >> https://twitter.com/FplStrategy