I am joining this weekend’s tasty €50,000 one day fantasy tournament by Fanteam.

In this article I’ll explain what the tournament is, how it will be scored and how much you can win!

At the end, I will display my team providing justifications for each choice.

So what is the tournament?

First of all, this is a daily fantasy tournament so will only comprise of this weekend’s Premier League matches.  So when you’re picking your team, be sure to simply look at this weekend’s fixtures.

The tournament will begin at Saturday 16:00 CET and has a limit of 3,000 teams, so be sure to secure your entries by registering early.

Don’t worry, you can make changes to your team for free all the way up to the deadline. The tournament is open until the last minute, so you will be able to check the line-ups for 4 of the matches.

NEW: The tournaments now have safety-net added. This means that if you have a player not starting his match, he will be replaced by a starting player from the same team, in the same position, and with equal or lower price.

The system chooses the closest player in price as the original player you bought. If several players are same price, player with highest form gets chosen. If still equal, total points in season and then alphabetical is selected.

How is it scored? 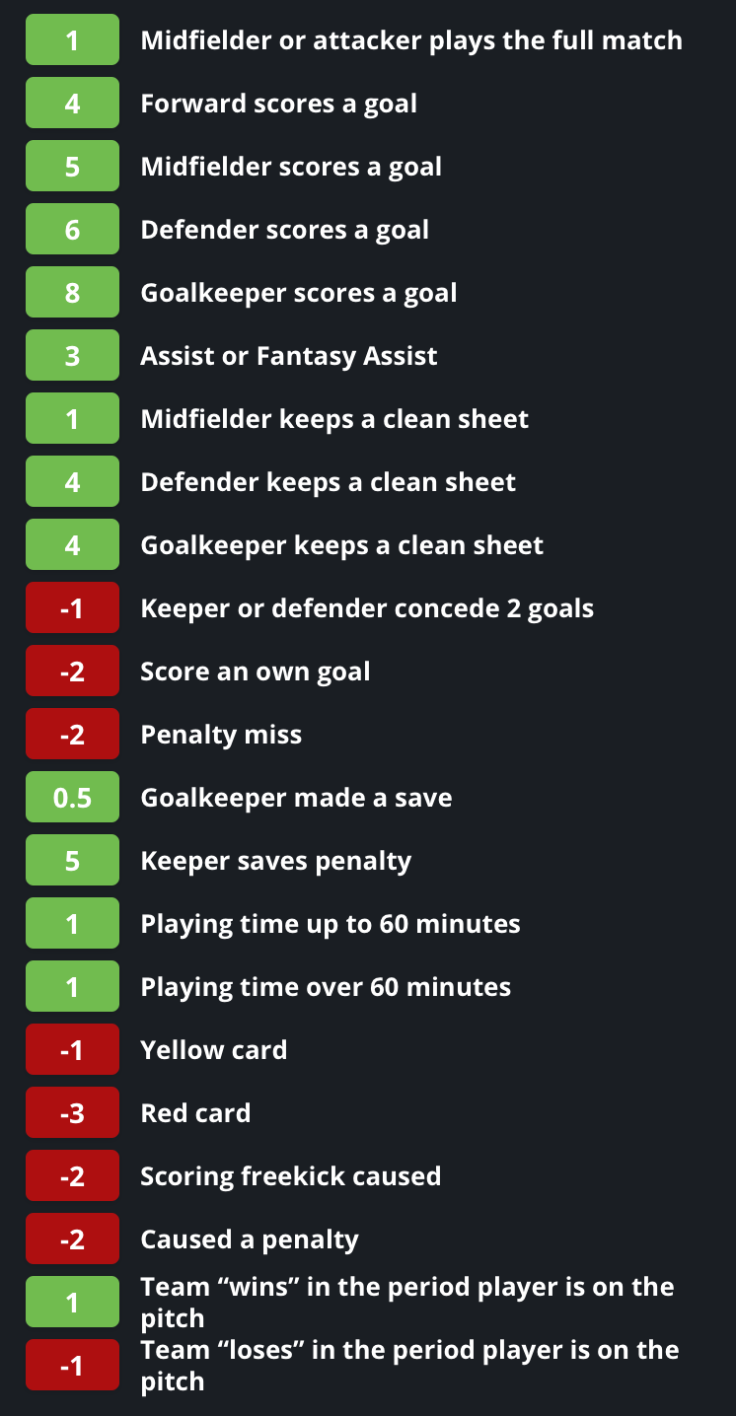 As you can see from above, the scoring is almost identical to FPL HOWEVER, there are subtle differences that can make a big difference.

So midfield options, particularly CDMs, particularly benefit from the above scoring system, as they are typically less likely to be subbed and therefore get their extra 1 point, and if they keep a clean sheet, then you’re looking at 4pts, if they win, then 5pts. 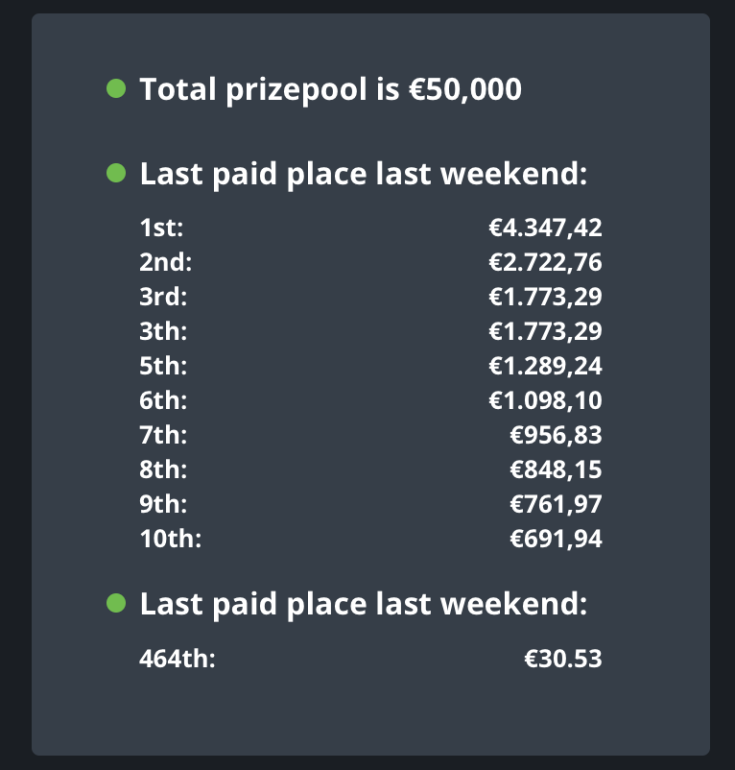 My Team and Justifications

So yes, I know, this looks like an unorthodox team, but Fanteam aren’t making it easy for us to pick who we want for this weekend’s fixtures with high prices for those players that have a great fixture, so you have to be savvy with your picks.

So this weekend, I like the fixtures for the attackers, so I’ve gone with all 3 attackers for my XI.

The headline forward is Tammy Abraham. Obviously mainly based on the fact that his opponents, Bournemouth, seem to be struggling right now, with only 1 win in their last 11 PL games. They’ve also conceded the joint most amount of goals (11) of any team in their last 5 PL games.

With Tammy in solid form with 3 goals and 2 assists in his last 5 games, I expect him and Chelsea to add to the Cherries’ current pain and I’m happy to pay the hefty price tag.

The very in-form Danny Ings is my second attacker having scored in each of his last 5 PL games.

He plays West Ham, who are a very topsy turvy team, with lacklustre performances and defeats to Wolves and Arsenal, intertwined with a solid and surprising 1-0 away win at Chelsea. However, what’s been consistent is their poor defence, with them conceding the most big chances of any team in the league so far (54) and 20 of them coming in the last 5 GWs, so Danny Ings has a great chance to continue his current purple patch.

Last but not least, I had to find someone a bit cheaper who I thought might do well, and that forward is Raul Jimenez, up against Spurs.

Since Mourinho’s takeover, Spurs have been scoring goals for fun however, they have conceded 2 goals in every game but their last against Burnley at home, so I expect Wolves to be able to get at Spurs and cause them problems, and Jimenez should be integral to that.

Headlining this section, is Youri Tielemans. The reason for his crazy high price, is because Leicester are likely to win and keep a clean sheet against Norwich, and Youri typically completes 90 mins, so this would all add up to 5pts for him straight away, without any goals or assists, so his potential in this game is quite high.

Second up, is Anthony Martial. Returning from his recently small injury, the Frenchman notched a goal in United’s brilliant 2-1 away win against City, expertly tucking a left footed shot near post beyond Ederson from the edge of the box.

After 2 huge back to back wins, you have to think United’s mood will be one of confidence, and when Martial and Rashford are on form like they currently are, they are very difficult to handle and I expect they’ll be too much for Everton this weekend.

Making up the final two places, are Dwight McNeil and Richarlison. McNeil is in there because Burnley are solid at home, where they have kept some clean sheets, so if they win to 0, and he plays 90 mins, then that’s the magic 5pts and McNeil does put in a lot of crosses, so there’s always that chance of an assist.

Richarlison is in there as more of a punt because of limited funds, and that I expect Everton will score 1 at Old Trafford and he’s the man scoring the goals and in form for Everton at the moment. 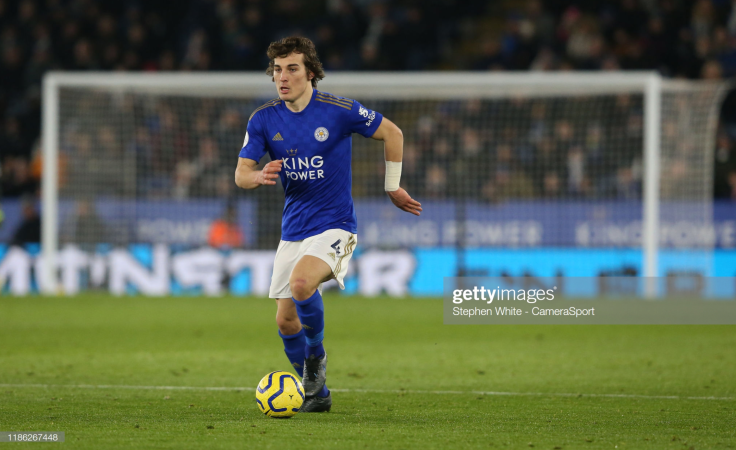 Caglar Söyüncü is my Leicester defender, simply because he’s the cheapest of their defenders and has the best fixture. If I had plenty of funds, I’d opt for Ricardo Pereira as he seems to be the most attacking of the defenders but he is the most expensive Leicester asset. Söyüncü is well priced and does have a threat from set-pieces having scored and assisted this year.

I have to go with Sir John of Lundstram again. As much as George Baldock is tempting, I still believe Lundstram has the highest potential as he does get a fair amount of chances, more so than Baldock, to score goals and as he’s listed as a defender, he gets 6 points for that, as well as the 4pts for a clean sheet etc.

Lastly, James Tarkowski makes up the defence. With a solid home fixture against a Newcastle side that do struggle to score on the road, with only 8 goals so far (4th worst). He also does possess a reasonable threat from set-prices and they to tend to look for him, having scored a goal and notching 2 assists from corners.

I’ve chosen to limit spend in this area because it’s the least likely to yield high points.

I’ve gone with Aaron Ramsdale as my keeper, purely from the point of view that I think he will make a lot of saves against Chelsea, and keepers get 0.5pts for every single save they make, rather than 1pt for every 3 saves like in FPL.

So, now that you’ve read all of the above, get yourself over to Fanteam and sign up now, or if you’ve already done that, get yourself registered for the €50,000 weekly Premier League monster! There’s only 98 registered players right now and remember, the €50,000 is GUARANTEED, so currently, you haven’t got many people to beat 😉

If you’re new to Fanteam, hit this link and you’ll be able to get a free €20 ticket upon registration >> https://fanteam.blog/20PLBonus/