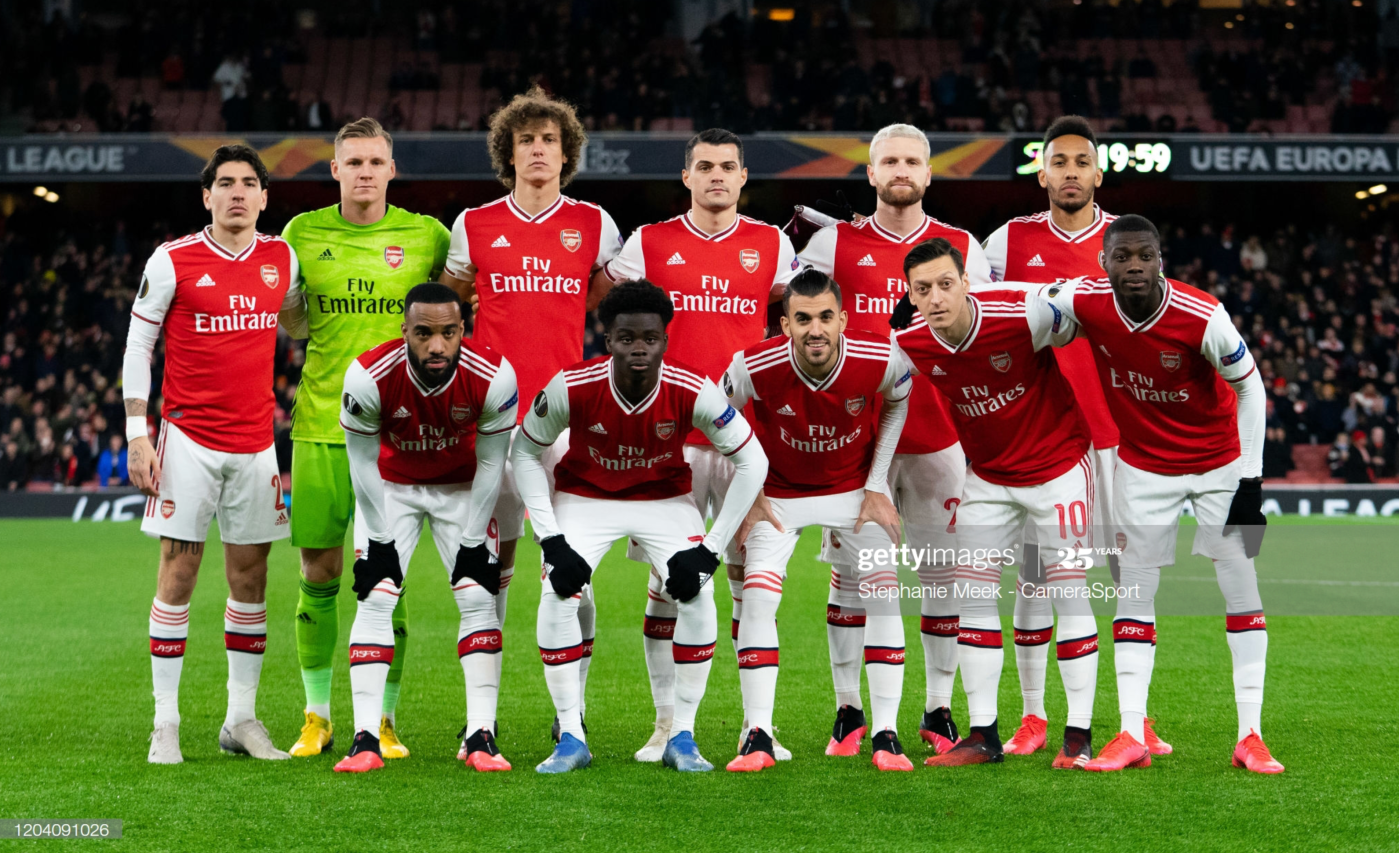 More tinkering around with my team has got me thinking about Arsenal assets and their prospects for this Double Gameweek.

On first glance, Arsenal, a typically top 6 side, 2 games in one GW? Load up!

However, I’ve a bad feeling in the pit of my stomach and I felt compelled to investigate it further to see if my bad feeling actually has any credible merit.

First of all, we’ve got to look at how things changed from Emery to Arteta.

Of course, we can disregard Ljungberg’s spell as it was always temporary, but you can see that the ship has been steadied by Arteta from Emery’s spell with just as many wins in 5 less matches.

Adding to that, in their last 6 games they’ve won 5 and lost 1, albeit a rather important loss to Olympiacos in the 120th minute of extra time to send them crashing out of Europa League however, they were in good nick before lockdown was initiated – so we can see that Arteta’s system and philosophy was starting to take with the players.

Another notable change from Emery to Arteta has been the fight and passion. One main criticism of Arsenal over the years, and under Emery was no different, was that they’ve been rather toothless in the matches against the “top 6” sides, especially away from home.

Since a 2-0 victory at Manchester City in January 2015, Arsenal’s record in Premier League away games against City, Spurs, United, Chelsea and Liverpool is appalling – they have won none of the last 24 games, losing 15 and drawing nine.

That record spans the last years of Wenger’s tenure as well as Emery’s first season and the start of the current campaign and highlights just how deep-rooted the issue is.

They seem to be fighting for the ball more, winning those 50/50s and not lying down and letting the game pass them by as much as before.

Of course it’s a small sample size but it’s all we have to compare and there is a notable difference in a positive direction for Arsenal.

So, their double gameweek consists of:

The last two games were under Wenger, the 2-0 and 3-1 defeats were under Emery and the latest 3-0 was under Freddie Ljungberg.

Same as above, the last two games were under Wenger, the middle two under Emery and the latest 2-1 loss was under Ljungberg.

So, as you can see from above, both of these teams aren’t exactly teams Arsenal have done well against in the past, whether it be under Wenger, Ljungberg or Emery.

We, of course, can’t attest to how they will perform against them under Arteta as we have no prior data for that – we can only look at what we have, which is the above and it’s fair to say, they have struggled.

Brighton are just sat 2pts adrift of the relegation zone so you’ll bet they’ll be fighting for their lives and will make it difficult for Arsenal and City, well, it’s Man City.

Arteta might be the best man placed to hurt City having spent a long time working so closely with Pep, but the fact of the matter is, Pep has a much better side in a far better place than Mikel does currently.

No amount of tactics can help in some games and no matter who is in control of Arsenal, this game will always be extremely difficult for them, and for any opponent.

Aubameyang of course, is the main man we’re all looking at. He’s the most consistent FPL points source at Arsenal by far and sits as the 6th highest points scorer overall in FPL despite not registering as many penalty area touches or goal attempts as a lot of other forwards in the Premier League.

In his last 5 games in the PL, Auba has registered 20 pen area touches, 11 goal attempts (9 inside the box), has received 5 big chances and has scored 4 goals. So in terms of form, he was on it pre-lockdown and when we think about whether or not he’ll hit the ground running again well, he started the season extremely well with an FPL return in every one of his first 7 games.

However, the problem lies with how explosive he is and whether you can trust him to really return well in the games where you’re expecting him to do well.

4 double figure hauls in 27 games doesn’t set the world on fire for an asset at his price, and blanks or 5/6 point returns against West Ham, Brighton, Southampton, Burnley, Villa, Crystal Palace and Bournemouth this season doesn’t strike you with confidence.

Lacazette has been a bit of a dead FPL asset this season, injured or simply out of favour/form, so we can’t exactly put faith in him.

Özil saw some faith and resurgence in recent times under Arteta, but 1 goal and 1 assist in his last 10 games again, doesn’t make you want to put your money there and doesn’t exactly scream, “you can trust me”.

Pepe, similar to Özil in the respect that he’s a tough one to trust, and at a price of £9.3m, it’s a lot of money to take a punt on someone who gets a return every, roughly, 3/4 or so games. He has a lot of talent, you can see that, but currently, he lacks that end product.

1 goal and 3 assists in his last 5 isn’t a bad return at all, but looking closer at the stats, he only averages 1.83 goal attempts a game, the majority of which are longer range or speculative attempts, evidenced by his receiving of only 5 big chances in his 24 matches, which is no where near the level of goal threat he should be for his price playing in a top 6 side.

At just £4.6m, Saka might be one to keep an eye on, but with the return of Tierney and the threat of Kolasinac also, he might have lost his starting spot. But prior to lockdown, he had started 10 out of the last 12 games, and had picked up 3 assists in those games.

7 clean sheets in the 15 games Arteta has been in charge suggests an improvement defensively.

Leno at £5.0m looks to be the safest selection, while David Luiz at £5.7m might also be worth looking at, given his ability to pick out long range through balls to Aubameyang or Pepe as well as his free kick potential and threat from corners.

Elsewhere, it might be difficult to trust who to start but Hector Bellerin at £5.5m might be someone worth taking a punt on given his attacking ability down the right. He started the previous 4 games to the West Ham game and played 90mins in all, scoring a goal.

Okay so Arsenal have tightened up a bit defensively and seem a little more organised at the back under Arteta, but realistically, do we expect Arsenal to keep a clean sheet in either game?

We can almost certainly write off them keeping one against City bar a miracle, and even against Brighton, they’ve conceded in all but one in their last 5 against them so there’s a more than likely chance they concede in that one too. Then you’re hoping for attacking returns, which in the case of perhaps D.Luiz and Bellerin, you may get one, but unlikely.

So from your defensive Arsenal assets you’re most likely looking at a 2-4 pointer unless they do manage to keep one against Brighton.

What about the attack then? Well, again, who do we trust? Outside of Aubameyang, I can’t see any other asset that’s worth taking a risk on based on the above.

Aubameyang represents the only asset that’s a credible purchase and based on all the information, even he may struggle to bring home the returns and I wouldn’t be surprised to see him blank in both games.