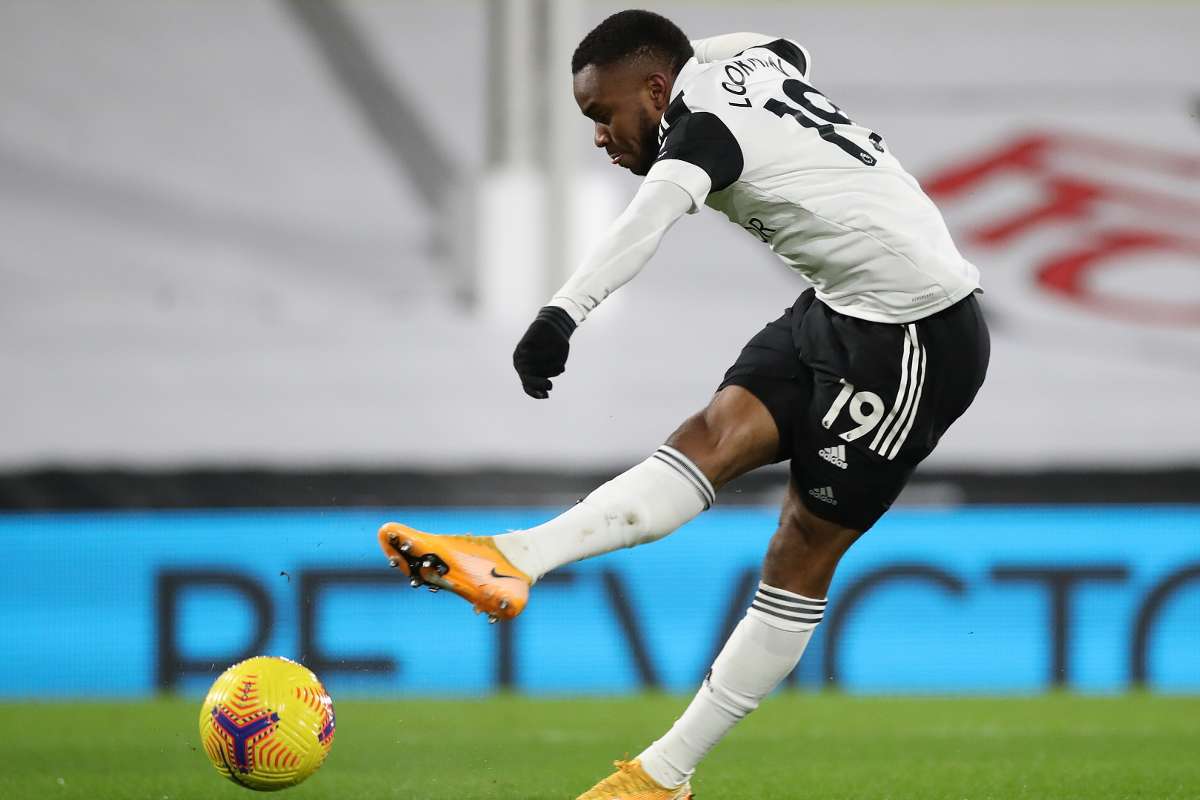 In this article, we advise which players have passed the ‘eye test’ in recent weeks, either as a result of formational changes, tactical tweaks or a hot vein of form. We will then see if this is supported by underlying data, to help find you the next best differential.

Hello and welcome to the eye test. With things going increasingly down the statistical route when looking at FPL people seem to have forgotten about the most important thing when evaluating a player – their eyes.

Now now now, I know what you are thinking, why would I pick a player just because he ‘looks good’ on the pitch? I am not telling you to; what I am suggesting is that there are players who perhaps haven’t got the highest xG or xGI who are clearly very impactful assets and players on the pitch.

In this article, I will look at some of these players and then see if the stats back up my eye sight. If they do, great!

It is clear that when stats and the eye test coincide, a great player is made – but if not, then we will look at some reasons why this is may be the case.

A Sheffield United defender in an article about players who are playing well? I know it sounds crazy but let me explain.

Jayden Bogle was a player that in my humble opinion always passed the eye test for Derby and I was surprised to see him not feature more at the start of the season.

Bogle, however, took the opportunity of George Baldock’s injury with both hands and has in many ways transformed the team. A right back back transforming a team?

I know it sounds far fetched but when you watch Sheffield United it is clear the impact he has.

Sheffield United play without any traditional wingers and their midfields and strikers tend to tuck inside.

This means that Bogle has the license to play essentially as a winger and if you look at his average position it shows how advanced he really is.

Bogle is number 20, you can see against Chelsea he was more restrained, which is to be expected, seeing as Sheffield United had 31% possession.

Against West Brom, however, where the Blades were looking for the win, Bogle played so far forward he was essentially playing as an attacking midfielder.

This advanced position is starting to prove fruitful with Bogle scoring his second goal of the season against West Brom in GW22.

Defensively he is strong and competent, and whilst playing for Sheffield United means he is probably not getting picked for this area of his game, I wouldn’t bet against some clean sheets before the end of the season.

Bogle comes up against a resilient West Ham defence in GW23 but follow this up with a trip to Craven Cottage in GW24.

Sheffield United have a chance of getting at least something in both these fixtures and with their upturn in performances recently, Bogle could be a solid bench option at the very least.

Longer term, Liverpool and Southampton are tough fixtures on paper but we have seen in both teams struggle in recent weeks meaning a clean sheet or attacking return is not out of the question.

Jayden is a punt, but at £4.3M I don’t think you could find a more attacking budget fullback in FPL.

But Do the Stats Agree?

Clearly, picking a Sheffield United defender for clean sheets this season is like picking Christian Benteke to score goals. It’s not exactly realistic.

What I would say though, is that they are definitely improving. Over the past five gameweeks they have a better xGC than Villa, Spurs and Liverpool. While playing Man City, United and Chelsea in this time.

This being said, I wouldn’t say the stats are screaming out for Bogle defensively.

Going forward Bogle’s stats do not exactly stand out considering how far forward he finds himself. Over the past five game weeks he is averaging an xGI of 0.09 per 90.

Now, this doesn’t scream valuable asset but it is important to keep it in context, for a team bottom of the league he has the same xGI per 90 as Digne and Maguire.

This xGI over the past five is made up on an xG of 0.07 and an xA or 0.02, again modest at best. Bogle, however, has averaged 1.29 successful take ons and 1.93 penalty area touches per 90 in this time which does hint that the idea of him wanting to push forward may be more than just a theory.

That being said, it is clear that Bogle’s underlying stats do leave a lot to be desired.

However, with his average position and license to get forward, for me Bogle passes the eye test and could be a good bench player for those wildcarding in the coming weeks.

Whisper it, Fulham have an asset in FPL that isn’t terrible. Lookman is arguably the only Fulham player that looks likely to provide a goal contribution.

Every time he’s on the ball he looks dangerous, energetic and skillful. He is the focal point for a lot of what Fulham do and sparks life into a team that looks abject going forward otherwise.

Lookman plays as a forward for Fulham being the main creative outlet for Parker’s side, being the furthest man forward if Cavalerio is playing and slotting in just behind Mitrovic if the Serbian is leading the line. Evidenced by his average position against West Ham and Leicester, with Lookman being number 19.

Something to consider is what the signing of Josh Maja will mean for Lookman. Maja is much more of a number 9 than Cavalerio and much quicker and more direct than Mitrovic.

This could mean two things for Lookman, either someone will finally make the runs to support him, or Maja will slot into where Ademola has been playing causing him to drop slightly deeper.

However, the form of the other forward players in the team lends itself to the idea that Lookman and Maja will be the front two for the rest of the season.

The double gameweek helps of course, but after that Fulham play Sheffield United and Palace, two must win games.

Parker has spoken recently about there being little advantage in drawing, most likely meaning they will look to attack more than they have so far this season – Lookman will be the focal point of this.

A double gameweek matched with how dangerous Lookman looks on the pitch makes him a very affordable asset, either as bench cover or a fifth choice midfielder in a 3-5-2.

But Do the Stats Agree?

I would argue yes, if you are looking for a midfielder at £5.0M or below it is pretty clear that there is no one that comes close to him.

Solly March and Oliver Burke are the only players close to him without penalties but with both having an xGI of 0.23 per 90 they are someway off.

Lookman also has very impressive involvement stats with 3.81 penalty area touches and 73.3% successful take ons per 90 over the past five.

Furthermore, what if I told you that Lookman had a higher xGI per 90 over the last five game weeks than Grealish, Son and Hudson-Odoi?

Well its true, Lookman can compete with the big boys when it comes to underlying stats and with a double gameweek against Everton and Burnley followed by Sheffield United and Palace, Lookman could really start to blow up.

Ademola Lookman is the real deal with the eye test and the stats coming together to form a perfect marriage. I think its time to elope.

This year, however, has been much more difficult for the American for a multitude of reasons. Firstly, and most importantly, injuries have really held him back, with a hamstring injury he sustained at the end of last season keeping him from playing any consistent minutes until GW13.

After GW13 however, Pulisic really won the trust of Frank Lampard starting seven on the bounce. During this time he failed to make a huge impact with goal involvements managing just one assist.

While he did not make much of an impact in terms of goals and assists in Frank’s final days, he was the only player apart from Mount that looked dangerous.

Playing wide left, Pulisic looked to pick the ball up and attack his man trying to give a slow and laboured Chelsea some impetus, he looked almost back to his best.

Of course Frank met his end and Tuchel is the new man in charge and this changes things. Pulisic not starting Tuchel first four games in charge is worrying. He missed out entirely against Sheffield United due to family issues which puts a further spanner in the works.

However, if he is back to face Newcastle, Tuchel’s new system (3-4-3) should suit Pulisic down to the ground. He should benefit in playing the inside forward role coming in off the left with a much more direct goal threat.

Werner, number 11, has been playing in the role Pulisic would most likely take up when he comes back into the team.

Werner’s average position against Burnley and Sheffield United, teams that don’t play dissimilar to Newcastle, saw him being one of the two furthest forward.

Furthermore, there is a chance he gets deployed in the role Giroud or Abraham have been playing, with Pulisic himself saying Tuchel has spoken to him about playing false 9. You can see how deep these two have been on average in these games.

If he does play on the left and he can re-discover his direct and powerful running from earlier in the season, it is unlikely that Javier Manquillo will be able to match him for pace or guile.

Southampton are next for Chelsea after Newcastle who has serious issues at right back at the moment. If Pulisic is running at Jack Stephens or Dan N’Lundulu, I know who I would fancy.

Do the stats agree?

Over the past five gameweeks, no.

Pulisic, however, has barely played since Tuchel took charge and therefore it has been hard for him to make any real impact.

If you zoom out however and look at the stats for the season, Pulisic looks a lot more promising.

Over the course of the season, per 90 Pulisic has a xG of 0.28, better than Raphinha, Grealish and Harvey Barnes. Furthermore, his xGI per 90 is 0.38 which sees him outperform Rashford, Mount and Soucek.

Not only do the stats point towards him being a goal threat but it also backs up the idea that Pulisic is trying to push Chelsea forward with him attempting 4.44 take ons and 4.76 touches in the penalty area per 90.

Over the course of the season the stats tell the same story as the eye test, if Christian Pulisic can nail down a starting spot for Tuchel, he might just become one of the most dangerous asset in FPL.

This, however, is a very big MIGHT. Looking at recent minutes proves that since Tuchel isn’t in any rush to start Pulisic and an xGI per 90 of 0.20 when he has played doesn’t fill me with confidence.

Pulisic is a punt and an expensive punt at £8.2M, but if he can return to attempting 4.44 take on’s per 90 while playing in a system that will allow him to play essentially as a striker with a much clearer goal threat, he could be a punt that could really pay off.