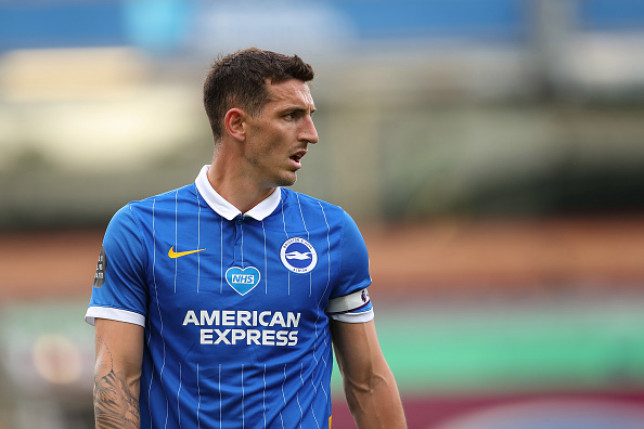 Hello and welcome to the latest edition of Defenders Under the Microscope, the weekly view of all things defender related from FPL Connect, by me, @fpl_del. This week we look ahead to FPL gameweek 29, the second serious blank gameweek of the season.

With only 4 fixtures this week, options are going to be drastically slimmer than usual. However, whether you are free hitting, dead-ending to a gameweek 30/31 wildcard, or have been building towards this with a transfer strategy for weeks, we’re here to help with any last minute calls across your backline.

As usual we’ll walk you through the key factors that should be influencing who you play and who you bench ahead of the upcoming gameweek, as well an outstanding candidates to be transferred in. We’ll look at who the bookies think are most likely to keep a clean sheet, who has the friendliest fixture this week, who has a nice run of upcoming games and where can we expect to get our next defensive attacking return from. We’ll use our customary data analysis to guide you.

The article is broken down as follows:

Bookies Odds taken from William Hill as of 23:00 on 14/03/21. Please only consider gambling if you are over 18 years of age. Please gamble responsibly.

We’ve been tracking the impact of game venue on the likelihood of clean sheet since gameweek 24 now. We concluded earlier in the season that home fixtures were not providing the same advantage over away fixtures as they have in the previous 3 seasons. There is still no reason to doubt that assumption at this moment in time.

We’ll continue to monitor the situation but fair to say, at the moment, a lack of fans in the stadium is having a negative impact on both teams scoring ability, but giving an increased advantage to the away team with a significant increase in the likelihood of them keeping a clean sheet.

Presented below are the defensive stats for every team in the premier league across the last 5 gameweeks, ordered by best xGC to worst xGC (stats taken from fantastyfootballhub.com after all games completed on 14th March 2021).

Presented below are the attacking stats for every team in the premier league across the last 5 gameweeks, ordered by best xG to worst xG (stats taken from fantastyfootballhub.com after all games completed on 14th March 2021).

As mentioned earlier, options are limited this gameweek, however we do have 3 of the top 4 defences in action, based on recent xGC. Brighton defenders are clearly the standout option with an xGC of 3.7 over their last 5 games, facing a Newcastle side who rank 4th bottom for xG and who are underperforming against that further with only 3 goals in their last 5 games. Get them in your team, it’s a no brainer.

The other top defences in action are that of Arsenal and West Ham who face off against each other. The stats would reflect that this should be a cagey affair with West Ham only 9th and their North London rivals 11th respectively for xG and nothing too exciting about the amount of big chances they are currently creating (12 and 11 respectively over 5 games). I can see this being a low scoring affair, however both have shown enough recently to suggest this might be 1-1 rather than 0-0.

Spurs defenders will receive a boost should Jack Grealish not make it back in time to make Villa’s starting lineup. The Playmaker has been making steady, but slow progress towards a return having missed Villa’s last 5 games. And boy have they missed him in that time. With only 1 win and 4 goals over those 5 games a Grealish-less Villa pose significantly less threat to a Spurs defence who have been improving of late and sit 7th in the xGC table with 2 clean sheets in their last 5.

Once this sham of a gameweek is out of the way we can all look forward to getting the players we really want back into our teams, rather than putting up with a make-do XI (or maybe significantly less) for the sake of getting as many boots on turf as possible. Stats in this section are across the last 5 gameweeks unless otherwise specified.

Chelsea defenders are the standout option beyond gameweek 29. They are currently the best defence in the league with the lowest xGC (3.42). They’ve conceded only 1 goal in 6 games and only 2 big chances.

From gameweek 30 onwards they face West Brom (16th for xG), Palace (20th for xG), Brighton (averaging less than a goal a game) and West Ham (18th for attempts on goal). Double Chelsea defence is a real option.

Liverpool’s defensive form is also on the upturn now Klopp seems to have figured out defenders defend and midfielders create. They’ve only conceded 3 in their last 6 (including Monday’s 1-0 win over Wolves) and they have similarly friendly fixtures in Arsenal (11th for xG), Villa (15th for xG), Leeds (averaging less than a goal a game) and Newcastle (17th for xG) beyond gameweek 29.

Wolves defenders look a good option going forward, facing 3 of the bottom teams for recent xG from gameweek 31 onwards (Fulham, Sheffield United and West Brom). Their other fixture is Burnley who are flattering to deceive in terms of xG at the minute given they have played 7 games in the last 5 gameweeks.

Presented below are the goal threat stats for the top 10 defenders in the premier league across the last 10 gameweeks, ordered according to best xG (stats taken from fantastyfootballhub.com after all games completed on 14th March 2021).

Presented below are the creativity stats for the top 10 defenders in the premier league across the last 10 gameweeks, ordered according to best xA (stats taken from fantastyfootballhub.com after all games completed on 14th March 2021).

Despite only 4 fixtures this gameweek, 6 of the top 10 defenders by goal threat are likely to be in action. Craig Dawson has netted recently at both ends but faces an Arsenal side who have conceded only 6 headers in their last 5 games. I much prefer Lewis Dunk, facing a Newcastle side who have conceded 19 headers in their last 5 games. He also poses a threat from free kicks and has 4 goals to his name this season.

Joel Veltman is also a good option at Brighton, having recently featured on both goal and assist threat top 10 lists. Given how poor Newcastle have been of late, this added attacking threat strengthens the argument for the Dutch International.

Aaron Cresswell tops the recent xA list with 4 of the 6 big chances he has created in his last 11 appearances converted. His fellow full back Vladimir Coufal isn’t far behind him creating 4 big chances in those 11 games, however only 1 of those have been converted, so Cresswell is definitely preferred.

Given the the fixture list is shortened this week it wouldn’t be fair to not mention 2020/21 FPL legend Stuart Dallas. Leeds have a decent fixture against Fulham this week who aren’t posing much threat at the moment (14th for xG and underperforming against it). Dallas was deployed further forward for Leeds again last weekend so don’t be surprised if he registers at Fulham’s end of the pitch this weekend as well being a solid option for a clean sheet.

Whilst pickings are slim this gameweek I think there are some very strong candidates for decent sized hauls from defenders this gameweek. None of the fixtures really scream goal-fest so this could be a good time to get 4 or even 5 defenders on this pitch.

If you are free hitting this weekend, firstly, lucky you, secondly this maybe the only time you every hear me say this, it’s time to go double Brighton defence! Dunk and Veltman are both great options who pose attacking threat as well as a very real chance of a clean sheet. I think regardless of price tag Cresswell should make your team and Dallas is a very able foil alongside him. If you wanted a 5th defender, I’d take a punt on Reguilon only if Grealish isn’t looking like he’s fit.

If you aren’t free hitting, all of the above are still great options. If you have them, play them, if you don’t they should be a consideration for your transfer(s). Hopefully you are benching your Chelsea defenders because you’re going to need them in the coming weeks.

I wish you all the best for this gameweek and beyond. May your full backs raid, your centre backs strike, your defence hold firm and even if each and every one of them blanks, at least you can enjoy one gameweek without having to worry about what Pep and Tuchel are going to do to screw you over!!!